The wedding Ukrainian girls dream about

Ukrainian girls dream about having the perfect wedding which follows the cultures and traditions that they have grown up to know and believe in.

Therefore, if you’re dating Ukrainian girls or perhaps have already found that somebody special, it’s worth familiarising yourself with what a wedding would look like in Ukraine. Taking the time to plan your event and get it right will make a huge and lasting impression on both your lady and her family, not to mention, it will create memories which last a lifetime. 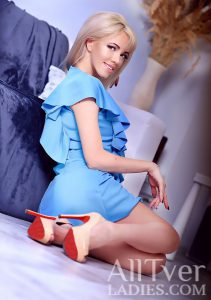 I want to know more about you!

So, here are a few things that should be part of a wedding for Ukrainian girls.

Traditionally, men would have to visit the bride’s parents house to deliver a ransom, effectively buying the bride from the parents. This is still done as a celebratory tradition in some places and many Ukrainian girls really enjoy the ceremony of it.

The groom would have to offer a gift of some sort to the family, perhaps money or jewellery, in order to get the lady’s hand in marriage. If the parents greet you at the door with a pumpkin, consider your approach rejected!

This takes place shortly before the marriage ceremony itself and is a traditional blessing of the bride, groom and parents or family of both. Usually, it takes place at the bride’s house shortly after the ransom has been paid and will be done in the presence of parents and grandparents.

Ukrainian girls will love to have the presence of a Rushnyk at their wedding. 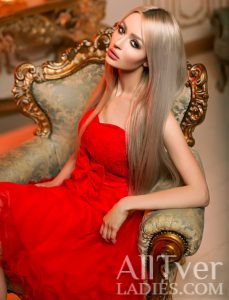 I want to be your only one!

It’s a traditional piece of cloth, often embroidered with two birds to symbolise the relationship, and attached to her dress perhaps. It can also be used to be kneeled on during the ceremony. Superstition once said that the last person to kneel on the Rushnyk during the wedding ceremony would have the final say throughout the marriage.

If you want to really give Ukrainian girls a wedding they will remember, then getting the celebration right is vital. The celebration, or vesellia, features singing, dancing, toasts and a feast for the entire family to enjoy. Traditionally, a vesellia can actually last for days or even weeks, but as long as you get the traditional elements in, then doing it brilliantly for one day or one night will be enough.

The small but important touches

In addition to some of those things mentioned above, there are other small things that you may want to consider including in a wedding to a Ukrainian girl. These include Svashky, which is a choir that sings for the bride, Korovai, which is a ceremonial bread presented to the bride and groom and the use of plants such as a myrtle.