Why Is It Important to Celebrate Orthodox Christmas with Your Russian Lady?

In the past years, online dating has made international romance easy. If you’re now dating a Russian lady, perhaps the Christmas season is when most cultural differences start to kick in.

That’s because Christmas is celebrated on December 25 in most Christian countries, but not in Eastern Europe. As a traditionally Orthodox country, Russia still utilizes the Julian calendar when it comes to holidays. Thus, Christmas here is celebrated on January 7. 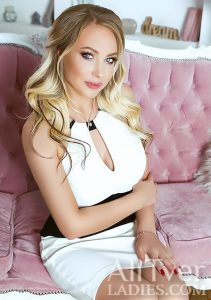 My heart is open to love!

And while the holiday is the same, you might easily disappoint Russian women by forgetting to celebrate it according to their religious tradition. So, here are a few things to know about why it is important to celebrate Orthodox Christmas with your Russian lady.

A thing to know before you start dating a Russian girl is that they respect their culture and traditions, and demand the same from their partners. Celebrating Orthodox Christmas with your Russian lady is a simple way to make her happy by simply showing her that you care enough to celebrate this important holiday the way she was taught to celebrate it.

You Can Show Respect for Her Culture

International dating isn’t for everyone, mostly because it’s sometimes hard to integrate your culture with another one. Sure, there isn’t a huge cultural gap between the Western world and Eastern Europe, but there is a significant one between the Catholic and Orthodox churches. 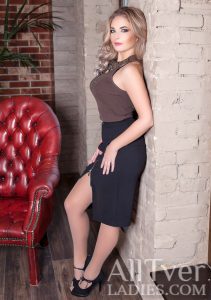 Do you believe in true love?

Unless you’re Orthodox too – in which case this comes without saying – celebrating Orthodox Christmas with your Russian lady is a simple way to show your respect for her culture and country. A more than important thing if you want her to truly fall in love with you.

You Show Her You Respect Your Feelings

It’s a Good Time to Meet Her Family

If you’ve been dating her for some time now and you’re convinced that she’s the one, celebrating Orthodox Christmas with your Russian lady gives you the perfect opportunity to meet her family.

Now, there is to say that you don’t have to celebrate this holiday in Russia, but you’ll hardly feel the Christmas spirit on January 7 in other parts of the world. No doubt, that’s your chance to experience Russia at its finest, while also getting to know where the lady of your soul comes from.

Admit it; you would have never thought about the Orthodox Christmas if you weren’t dating an Orthodox lady. So, instead of overthinking it or arguing that celebrating the birth of Jesus on December 25 is the right thing, just go with the flow and have two Christmases.

In the end, that’s the beauty of international relationships. You can take the best of both cultures, combine them, and create your own traditions as a couple. How many of your friends can brag with that?